First visit to the ER

This week was busy! On Monday morning we were told that there was RSV in Maeve's classroom and that is was really contagious. By Wednesday, Maeve had the virus. She was sent home from daycare with a fever so we watched for signs of RSV. At 3am on Wednesday night, we awoke to Maeve crying and rapidly breathing so we called Children's to see if she should be seen. By 4:30, we were checked in and they were monitoring her oxygen level and breathing. Maeve didn't enjoy the nose test that they had to do to confirm she had RSV, and Mom didn't enjoy the nose bleed that came after it! The nurse even said that the bleeding rarely happens but it was the 2nd time that night and it happened to another Maeve just down the hall. What are the odds of having 2 girls named Maeve on the same night. After the commotion, Maeve took a snooze in Mom's arms and they were able to monitor her levels. She was a trooper! We were there for about 3 hours. 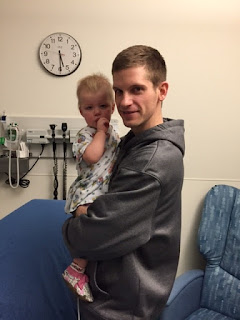 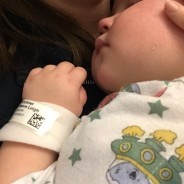 The next day Grandma Kirchner and Mom went to the follow-up appointment with the pediatrician and they tried the nebulizer - Maeve cried the whole time - so we didn't proceed with any more of those treatments. They said it could get worse before it gets better but luckily today, Saturday, she seems to be doing much better. Hoping this trend continues and she can go back to daycare. But thankfully Grandma and Grandpa Kirchner were home and Maeve enjoyed her time with them. Not a bad view last night of the sunset over the lake. 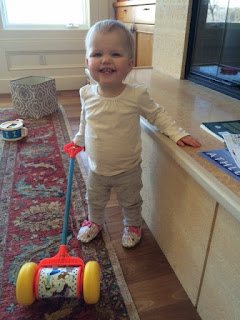 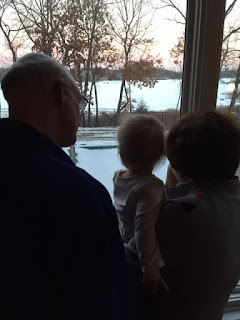