We had unexpected guests for the week after Christmas this year. Grandma and Grandpa Edmonds were on their way back to Chicago from Boise and their plane got diverted to Minneapolis. After a 10+ hour ordeal at the airport including 3 hours on hold on the phone, 3 hours on the tarmac, 3 hours flying, and 3 hours in line, their flight was officially cancelled and they couldn't be rebooked until Friday (4 days later!). We enjoyed having them here. We finished our house projects that we planned to do and putting away our Christmas decorations with some extra help. Maeve stayed home from daycare for 2 extra days to play with Grandma and Grandpa.

Our big news this week was Maeve's transition to her big girl room. We're using the furniture that Grandma Brigid and Aunt Anne grew up with. We added a reading nook and Maeve has done great so far. She woke up 3 times the first night but only once the last two nights. She hasn't attempted to get out of the bed just yet. She also enjoyed a 2 hour nap in her bed yesterday so we'll consider all of that a success!

On New Year's Eve, we rescheduled time with some friends to make pizzas at home with Grandma and Grandpa. I (once again) failed to get my pizza off the pizza peel and onto the pizza stone to cook so I made a calzone. Maeve enjoyed helping toss the dough and put the toppings on her pizza - most of which made it in her mouth before getting on the pizza! We also picked up our favorite treats - puppy tail cinnamon rolls - from Isle Bun and Coffee and Maeve tried a few bites. She preferred "more fruit" over any pizza or sweets.

Here's a video of some of the action -


Our unexpected but wonderful guests left this morning and are hoping to be home in time for ND vs Ohio State in the bowl game. 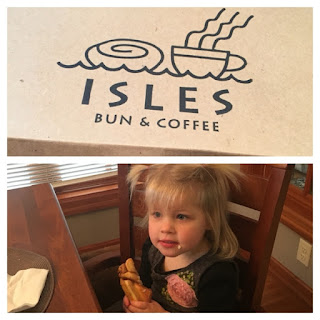 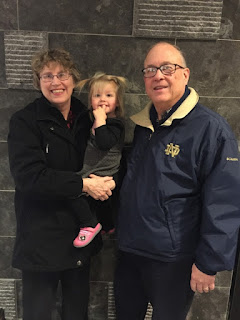 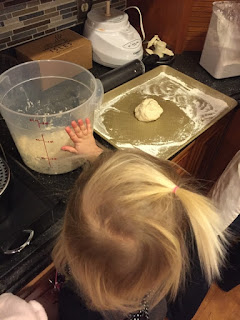 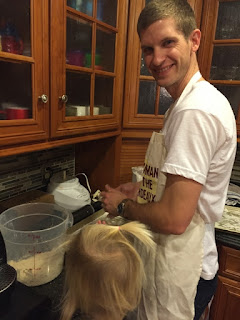 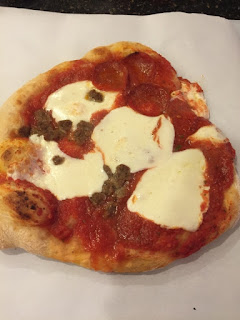 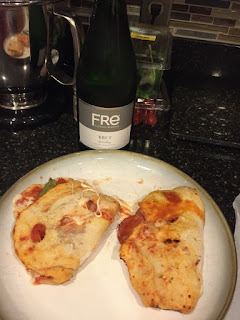 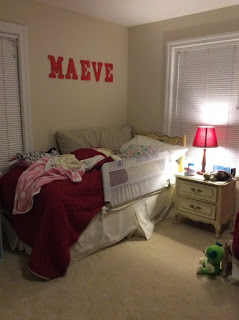 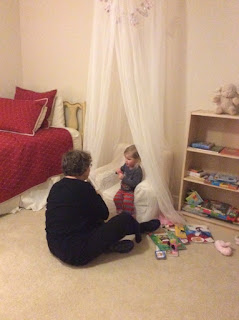 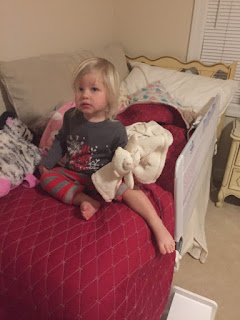