Cecilia moved up to a new room last week. Can't believe she's not the smallest in the school anymore. We said goodbye to her old teacher and then she showed her excitement on her first day with her new teacher. 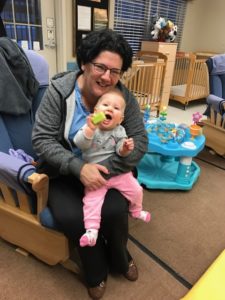 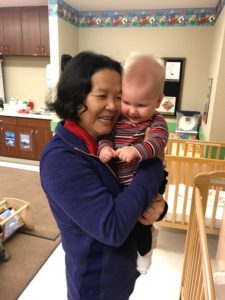 They move them up when they start crawling and she's moving all around the room! In her new room, she's eating lots of new food like spaghetti so we have a funny first picture of that. She's also sleeping in the silliest position. She apparently fell asleep and then had a dirty diaper so she sat up and as they were preparing to change her diaper, she dosed off again leaning against the edge of the crib. She did that later that day as you'll see in the next picture and Grandma Brigid actually witnessed something similar when she stayed home with her today. What a silly girl! 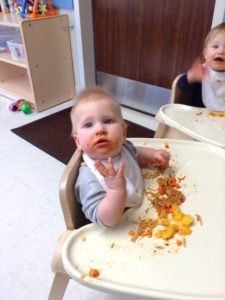 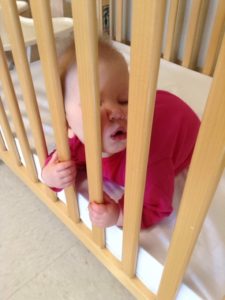 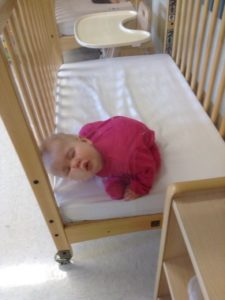